Even an extra bit of excess weight around the midsection has been shown to harm your overall health, and the health risks of obesity are significant. We explained three harmful effects of obesity in a previous post, and in today’s post, we’ll explain three more harmful effects of obesity on your health. Men’s Vitality Center in Tucson offers a variety of men’s health services, including diabetes management and low testosterone replacement therapy. Contact a member of our Tucson office at 520-399-6574 or through our website to schedule an appointment!

While there are a range of risk factors for type 2 diabetes, the most reliable variable with which to predict whether a person will develop type 2 diabetes is weight. In fact, obese men and women are roughly 10 times more likely than non-obese men and women to develop type 2 diabetes. Obesity taxes the body’s ability to produce insulin in response to heightened blood sugar levels, and this is often caused by a diet high in refined sugar and carbohydrates. Diabetes can nearly double your risk of death, so it’s important to see your doctor regularly if you are pre-diabetic, overweight, or obese.

Also known as high blood pressure, hypertension is a condition in which the pressure of the blood in the arteries is abnormally and consistently elevated. High blood pressure is medically diagnosed as 130 over 80 millimeters of mercury, and a blood pressure greater than this number puts you at risk for a host of problems, including, but not limited to:

Obesity is roughly six times more common in obese patients than in non-obese patients, and the American Heart Association has reported that even 22 extra pounds is enough to heighten blood pressure levels to dangerous levels. The primary causes of hypertension are related to lifestyle, and hypertension can generally be treated by losing weight and eating foods low in sodium. Most doctors recommend lowering blood pressure naturally with exercise and diet, although medication may be necessary in severe cases. If you’re worried about your weight or your blood pressure levels, our managed weight loss program may be able to help. 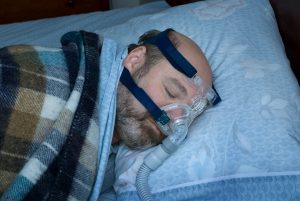 Obese patients have been shown to have significantly reduced lung capacity, and roughly one out of two obese men and women will develop a disorder known as obstructive sleep apnea. Obstructive sleep apnea occurs when excess fat in the face and throat obstruct breathing patterns during sleep and lead to the cessation of breathing for a brief period of time. The primary effect of obstructive sleep apnea is grogginess and fatigue due to interrupted sleep, though the long-term effects include heart failure and lower oxygen levels in the body.

You can trust us with your health. See what our patients are saying about us: