At Men’s Vitality Center in Tucson, we often see smokers, as well as the people who love them. If you don’t smoke yourself, you may not spend much time worrying about the impact tobacco has on your health. Unfortunately, the dangers of tobacco are not restricted solely to those who choose to smoke it; it can also have a profound negative impact on the people around them through secondhand smoke.

What is secondhand smoke?

Why should I be concerned about secondhand smoke? 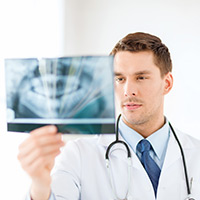 When you involuntarily smoke, you consume the same toxic chemicals that smokers do. It doesn’t matter if you are not smoking yourself; there is no amount of exposure to secondhand smoke that is safe. The more you inhale secondhand smoke, the higher the amount of toxic chemicals in your body. There are more than 7,000 chemicals in tobacco smoke, and so far, 70 have been discovered to cause cancer. Secondhand smoke has been linked to cancers of the lung, larynx, throat, brain, bladder, stomach, rectum, and breast. On top of that, secondhand smoke is connected to a variety of other diseases. Because of its impact on the lungs, heart, and blood vessels, there is an increased risk of stroke, lung disease, and heart attack. Research also shows that there may be a connection between depression and secondhand smoke as well.

How to prevent secondhand smoke exposure

There are a variety of different places that you should be concerned about secondhand smoke. Fortunately, it is common practice for workplaces to institute smoking areas to cut down on secondhand smoke exposure, and there are steps you can take to reduce your exposure yourself.

Don’t allow people to smoke in your home 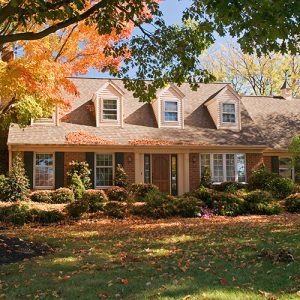 If you live with smokers or have smokers as guests, ask them to step outside to partake. The air ventilation systems in homes do not remove secondhand smoke from the air very effectively.

Don’t allow people to smoke in your vehicle

Even if you have your windows down, toxins from secondhand smoke can build up quickly in that small space. Instead of letting passengers smoke in your car, take smoke breaks and stop, or ask that they wait until you get to your location.

Choose businesses with no smoking policies

To avoid secondhand smoke exposure, frequent places that have smoking bans. Avoid restaurants that allow smoking, and ask for non-smoking rooms at hotels.

Help your loved ones quit

Of course, you can’t make anyone do anything, but offer to support your loved ones in anyway you can in their efforts to quit smoking. You may offer them emotional support by offering to help them through cigarette cravings or situations where temptation is strong. Many people join quit-smoking pools in which their friends or coworkers will contribute money that they can collect only if they quit smoking for a certain amount of time. Whatever way you can support their efforts, do so; their efforts will pay off for you too!

At our men’s health clinic, we want to help you take your health seriously. Contact us today to schedule an appointment at Men’s Vitality Center in Tucson.

You can trust us with your health. See what our patients are saying about us: